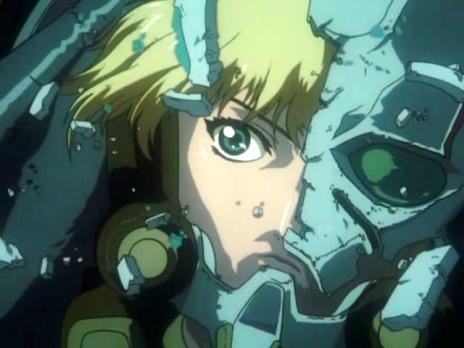 Anime lovers know how difficult it is to find worthwhile productions, especially in the post-apocalyptic genre. Few series have managed to stand out and most of them are forgotten over time. The 90s was and will always be the best decade for this particular genre, in which expectations for a new era were quite high.

A very interesting anime from that decade was 1999’s Blue Gender; a series created by Ryousuke Takahashi and focused on showing the almost complete annihilation of humanity. Among all the productions of this epoch and those that still appear, with a lack of argumentative logic that is difficult to overlook, Blue Gender is the best. Although it’s a series with little to offer at the animation level, its plot is very interesting for any generation of viewers.

In 2002, a film was released that compiled some scenes and gives an alternative ending to the story. But the truth is that it’s completely unnecessary and empty. Watching it would be a huge waste of time and the quality of animation, music, and dubbing is rather vague compared to the experience of watching the actual anime.

What is Blue Gender? The plot begins in 2009, in a contemporary society, where technology has advanced in aerospace and healthcare investigation. Our protagonist, Kaido Yuji, is a young man who has been detected with an incurable disease for which there is still no cure. Doctors give him the option to enter a cryogenization project and wait for treatment to develop while preventing his illness from becoming terminal. Unfortunately, he wakes up in a future he didn’t expect.

In the year 2031, the earth is completely discarded and creatures with insect aspects have populated the earth and annihilated humanity. The surviving human beings developed ships and installed a military base in space, where they would engineer various plans to recover the land of the invading species called "Blue". Yuji is rescued in a military operation aimed at recovering all the humans cryogenized by the mysterious disease; which could be the answer and the last resort to repopulate the earth. In Blue Gender, you can enjoy two main scenarios. The first one devastated planet earth is full of nests of insects and human beings made of dung, whose destiny is to feed the Blue larvae and contribute to their uncontrolled reproduction. The second scenario is Earth's two space bases where we have military establishments designed to train young survivors to skirmish on the ground and develop new technologies to enable them to deal with the Blues.

It’s interesting how the surviving humans, in just 20 years, became a militarized society. Like all our beloved '90s series, Blue Gender has no qualms about showing scenes aimed at the adult audience, which are quite sober and mischievous, compared to today's fan service bordering on idiocy. Now, the job of every soldier is to be dogs, obedient to their superiors’ and who can be treated like pigs for the slaughterhouse, without any value for their lives and without ties of affection.

Blue Gender is an anime that demonstrates in the first chapter the little budget that was invested in it. The animation quality is pretty low, not to mention the almost absent soundtrack where only the opening stands out. From the beginning, until shortly before the end, you can notice the low quality with which they created the series, taking the audience out of place because of its many static scenes and flaws in the animated frames. 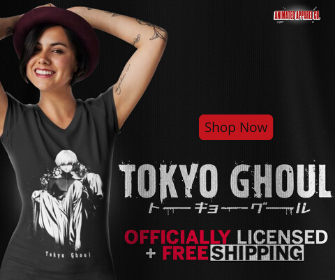 A rather negative point of the series is its protagonist. Kaido Yuji is one of those characters we all hope will die in the next chapter. Over the course of the series, he is expected to evolve in character and become interesting but instead, he begins to fluctuate illogically and inconsistently between different personalities who don't fit in with him. It can be understood, being a human from another era, his lack of rapport with this new world, but only at the end, Yuji takes strength and stands out as expected from the beginning.

But for what this series is worth watching, apart from a large number of battles, dismemberments, and head fliers (both human and Blues) is the beloved Angel Marlene; a female soldier who rescues Yuji from her cryogenization capsule and gradually takes the place of protagonist in the series. Marlene's development is indisputably perfect. It delves into your past and feelings throughout the story and really pleases the audience; to the point, that rapport with her is stronger than with any other character and we don't give a damn if the earth is destroyed as long as Marlene is fine. 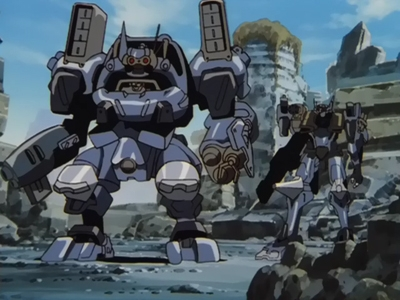 I must admit that this series is too slow for my liking, but this is understandable for being a series from the 90s. Between each central circumstance, many situations develop that, despite appearing unnecessary, make us understand a little more about the world in which Blue Gender develops.

The most pleasant of the entire plot is that there is no drama. People die and that's it. There are no sad and tearful moments, but the life of the characters continues and this makes it quite consistent with reality. Another positive factor is the design of the artillery robots with which the inhabitants of Earth 2 fight and also that of the Blues; who apparently received the entire animation budget. I would definitely recommend watching the full series. Mainly because conflicts not only happen on the planet but also at the space base, due to the political discontent that develops during the 26 chapters. It is not the typical series that places the protagonist at the center of the universe, but in parallel, problems arise that are totally foreign to him.

What could stand out the most about Blue Gender are the final chapters, where you can understand the entire plot and the reason for the Blues. I have to admit that despite so many bothering shortcomings, Blue Gender is not a predictable anime. From the beginning, you do not know how it will end or what the hell is happening. Each chapter is very enjoyable and the Gore is quite marked.

Actually, this anime is a post-apocalyptic 90s classic that stands out among many similar ones. It leaves a good taste in your mouth and catches you from the start. Definitely, worth watching it.