The Promised Neverland review and expectations for Season 2 I have to admit at first, a series about young and adorable children didn’t attract my attention. As you know, in my previous reviews, I have talked about anime series that have marked a milestone in history. When I was recommended to see The Promised Neverland, I immediately dismissed it when I saw a cover that looked like a genre that didn’t match with the description: suspense.

Sometime later, the recommendation came back to me again; this time from someone who really knows about these topics. He told me: "Just look at the first chapter and then, decide if you want to follow it."

The first chapter? If you, like me, have seen enough anime, then you can understand that the first chapter is really the final one and you will share in my curiosity. In the end, and with only the first chapter, I was enchanted by this Japanese’ series that, with an appearance of sweetness, deceives you to leave you the most bitter (but pleasant) taste of all.

What is The Promised Neverland? The story begins at the Grace Field orphanage, located in the center of a large forest. The person in charge of the orphanage, Isabella, whom the children call mom, day by day feeding and grooming more than 30 children, between the ages of 2 and 12. Children do what they would do in a normal orphan home: they study, play, do household chores and are happy, like a big family.

It all sounds good. But the interesting thing arises right in the first chapter, on the birthday of Conny, a 6-year-old girl that has to be sent to a new home with lovely parents. When she leaves, Conny forgets a toy that she has in high esteem, and two of his older brothers, Emma and Norman, try to follow her. Upon reaching the gate that separates the house from the outside world, the children can enter without anyone noticing and stealthily approach an open truck, sensing something terrible. 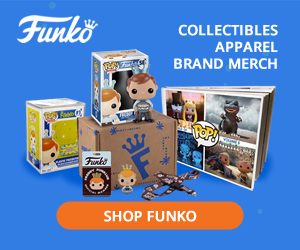 The worst nightmare that any of the children had had before, wasn’t compared to the moment they saw Conny's body on the truck’s floor, with open and glassy eyes full of terror, and a bouquet of flowers that were born just in the chest, as if it had been planted there for a long time.

Voices are heard by them. Emma and Norman, despite being paralyzed, manage to hide under the vehicle and from there, they can see how giant monsters, with faces of bone, slowly approach where they are; they lift Conny's body and immerse it in a large container with blue liquid; manifesting his distaste by eating only one finger of the little girl because "the human flesh of this farm is only for the rich."

The kids listen, how the monsters speak about Conny like a “mediocre shipment” and order Isabella to prepare the three best quality products for collection; clearly understanding that they were referring to them and their best friend Ray, the older kids of the orphanage. Despite the proximity, they can escape home. With this experience begins the adventure of children, who wish to escape death and save their family, while the enemy it will be attentive, under the same roof as them. After finishing the first season of The Promised Neverland, I must say that I’m very surprised. This usually happens once every few years, there comes a series that, with nuances of cruelty and hope, completely catches you in its world. And that is the reality that is planted in this animated series: it's not a fairy tale. The development of the story focuses on making you love each of the characters and want life for them, although they have little probability of surviving.

This series is one of the best of 2019, being a resounding success above many with more expectations. I had the opportunity to read through the manga and know about what will happen in season 2 (of which, I won't say a single word in this post). I’m really eager to watch animated, everything that will happen after the last chapter of season 1 of The Promised Neverland; what is coming is really interesting.

The quality with which each of the aspects of the plot has been exposed should be highlighted to a large extent; filling it with mystery, secrets and incredible surprises that you could never really imagine. It’s undoubtedly one aspect of this suspenseful series that has impressed me the most; since it’s totally out of the ordinary because placing children in such situations makes the series really unique. The art of The Promised Neverland season 1 is simply superb. The producers have managed to capture the sweetness in each of the lines and colors. Being such a dark anime, this contrasts in a very good way; highlighting how bad the situation in which the protagonists are. The animation used is ideal for this kind of series and it’s expected that in the new season, which will be released in 2020, it will improve much more; since the action scenes will be much higher and the pace of the story will accelerate. The release date isn’t confirmed.

And, although the expectations of all those who wait for the second season of The Promise Neverland are in the clouds, we know that this new installment of the series will surpass them and leave many (who haven’t read the manga) with their mouths open, with all of the new revelations that will arise. It’s not an anime for all people. If you like to think, devise strategies and inquire about things that may never succeed in the end, you have to see The Promised Neverland. The suspense of the plot, the cruelty of its reality and the sweetness of a lot of children will make you connect completely and will watch all the chapters in a few days.

Have you seen this anime or read the manga? Feel free to leave a comment below with your thoughts. Check out our selection of officially licensed anime merchandise, and sign up receive new blog posts directly to your inbox.